How to Diagnosing Dementia?

Patient Dementia and Wandering: Dementia is a serious disorder facing elderly patients. After age 60, the prevalence of the disorder doubles every five years until it affects from 30-50 % of those over eighty. Dementia is also the leading cause of institutionalization in this country, with 60-80% of nursing home patients showing signs of the disorder (1).

A lot has been written about the management of the disorder in this magazine and in other sources, but little has been written about the matching of assessment and appropriate intervention, including new treatment options. The reason that is true is that medical professionals tell us patient dementia is irreversible and can only be managed. They say the only steps one can take are to reduce the risk of falls and other harm to the patient and reduce the risk of lawsuits and governmental censures to the nursing homes where patients with dementia live.

In the past year, research has shown that a disease previously thought irreversible may be reversible after all. As a result, it is important to carefully assess the patient or resident to determine to what extent he is cognitively impaired, what pattern of wandering he exhibits, and what pre-morbid lifestyle he enjoyed.

The National Guideline Clearinghouse has a protocol for wandering (2).

In it, the proper steps to assessment are described:

– Use the Mini-Mental State Examination (MMSE) to assess cognitive decline

– Use the Short Geriatric Depression Scale for signs of depression

– Use the Cohen-Mansfield Agitation Inventory: Long Form with Expanded Descriptions of Behaviors to assess for agitation and anxiety, being careful to evaluate for any underlying general medical, psychiatric, or psychosocial conditions that could partially cause the disturbance.

– Use the Memory and Behavior Problems Checklist-1990R (MBPC) to assess the frequency of the memory and behavior problems, including patient wandering and the degree to which the behavior upsets the caregiver.

– Assess factors associated with patient wandering, including a decline in activity, cognitive impairment, and increased difficulty in performing the activities of daily living (ADLs).

Once the initial assessments are made, information from the assessments can be used to investigate the patterns of the patient more closely.

The patient wandering patterns assessed by using the AWS and through observation can, at this point, be described by type. This allows the clinician to discover the severity of the cognitive decline. Patterns are described as direct travel, random travel, pacing, and lapping. Additionally, patient wandering behavior can be observed to determine if: 1) the patient appears to be overtly searching for something which is often unobtainable by repeatedly calling out and/or approaching others to obtain the goal; 2) the patient has a seemingly inexhaustible drive to remain busy, and 3) the patient is aimlessly drawn from one stimulus to another.

According to the government protocol, the type of wandering pattern demonstrates the cognitive decline, because a direct route is more efficient and shows a less cognitive decline. Also, the most severely impaired patients will travel inefficiently all day, while the less severely impaired will travel less efficiently near the end of the day. That may occur because the patient is fatigued.

Once all of the above steps have been taken, the clinician should examine the lifestyle of the patient prior to impairment:

– Did he have an active interest physically and mentally in music?

– Was he warm and outgoing, and positive emotionally?

– Did he demonstrate social-seeking behavior?

– Did he have good self-esteem?

– Was he physically active?

– Had he experienced a lot of stressful events throughout his life?

– Did he respond to stress with physical activity or with an emotional reaction?

– Did he respond to stress with physical activity more in his earlier years?

Once the assessment is complete, the clinician and caregiver can decide what environmental modifications, technological and safety measures, and/or other interventions are necessary to protect the patient at his current level of impairment. This article will not discuss these measures in detail, as many past articles have done a thorough job of doing just that. Instead, we will explore how to determine what treatments may be appropriate for the patient in light of his assessment findings.

There are prescription medications that are used for the treatment of dementia. Those most frequently prescribed include donepezil (Aricept), rivastigmine (Exelon), and galantamine (Reminyl) (3). These medications will not cure dementia. However, with proper dosing, they can help restore cognitive functioning for the minimal to the moderately impaired patient to a level he had nine months previously. In a patient who has just started exhibiting dementia, that could mean as six months to a year of more independent living.

In some cases, the medications can restore the patient’s memory enough for him to recognize close friends and family. So isn’t it worth the use of medication for the patient to have as good of a quality of life as possible for as long as he can?

A new medication has just been approved by the Food and Drug Administration (FDA) that has demonstrated that it can help the moderately to severe Alzheimer’s patient, something no other drug has proved. It is memantine HCL (Namenda TM) an NMDA receptor antagonist, which is a new class of drugs for the treatment of the disorder (4).

Besides medication, there are alternative treatments. Diversional activities may be used, especially if the patient’s assessment showed a tendency toward or like for music or other outlets. Examples of these activities would include music therapy, pet therapy (which is being used more and more in nursing homes and assisted living facilities), volunteer reading, using raised toilet seat with lid, and therapeutic touch.

Other alternative treatments that are showing great promise are herbal therapy, aromatherapy, and light therapy:

According to the Alzheimer’s Association, two herbs that appear to positively affect the disorder are Ginko Biloba and Huperzine A. (5).

Ginkgo Biloba is a plant extract that has been used in Chinese medicine for centuries and is currently being used in Europe for the treatment of neurological disorders.

It has antioxidant and anti-inflammatory properties and appears to protect cell membranes and regulate the neurotransmitter function. Studies have been published that demonstrate improved cognitive function and better performance with ADLs after a patient is treated with the extract. However, it does reduce the ability of the blot to clot, and it cannot be used by patients on aspirin and/or warfarin (a blood-thinning medication).

Huperzine A, a moss extract, is also a Chinese medication and has similar properties to FDA-approved Alzheimer’s medications. However, since it is classified as a dietary supplement, it is unregulated and could have serious side effects.

Last August, British researchers released a study of the use of aromatherapy and light therapy for the treatment of dementia (6). In the four-week study, one-third of the patients suffered fewer bouts of agitation when they were rubbed with lemon balm compared to only ten percent of patients when rubbed with odorless sunflower oil.

Additionally, the researchers found that those who sat in front of a bright lightbox for two hours each morning for two weeks slept longer and more soundly than those in dim light for a similar period of time. 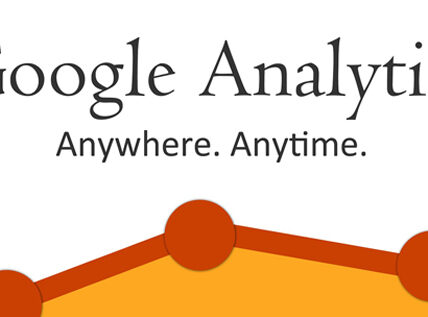 Increase Your Conversion Rate With These Powerful Google Analytics Tips

The Sonesta Project in Key Biscayne Owned by Fortune International

Instructions to Repair or Replace Your Asphalt Driveway